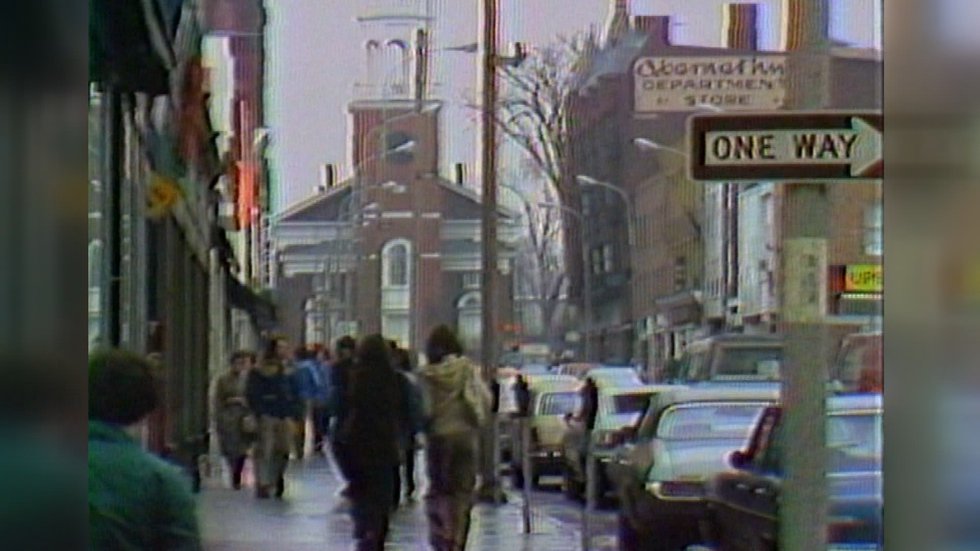 BURLINGTON, Vt. (WCAX) – This weekend, Burlington celebrates the 40th anniversary of the opening of Church Street Marketplace. We have searched the archives of WCAX to share its history with you.

Burlington architect Bill Truex is credited with the idea of ​​the market, having been inspired by a pedestrian mall he saw on a trip to Denmark in the 1960s. In 1979, Truex presented four plans for revitalization of Church Street to city officials.

As Channel 3’s Nick Bogart reported, closing the Church Street to cars was not an easy sale.

(April 6, 1979) “And the last choice would be to close Church Street between Bank and Cherry for a pedestrian square”, reports Bogart.

Market committee chairman Patrick Robbins says keeping traffic on the streets is being favored by traders, the mayor and the so-called panel of experts who came to examine Burlington last month. But city traffic planner Donald Morley had some trouble with the idea.

“I’m not sure the motor vehicle is a good design element in our city,” Morley said.

Eventually, the idea of ​​pedestrians prevailed and Mayor Gordon Paquette celebrated when voters approved a bond to pay for the construction of the market.

(October 31, 1979) “I think we had a lot of very good arguments for the market and I think that’s why it won today,” said Mayor Paquette.

“While this is not the end of the city’s problems or the answer to the mall, it gives merchants a sense of security that the city center can compete with any suburban mall,” Felling reports.

Construction began in the spring of 1980 with the two downtown blocks officially closed to traffic in July of the same year. Over the next 16 months, the town’s shopping center was dug up and bricked up. And on September 15, 1981, the market opened with a big party. The upper block of the street was closed to traffic in 1994. And the block between Main and College became pedestrian-only in 2005.

Today, with crowds of pedestrians, vendors, and restaurants filling the market, it’s hard to imagine Church Street in the past.

1 in 10 Irish investors owns a cryptocurrency: investigation by the Competition and Consumer Protection Commission