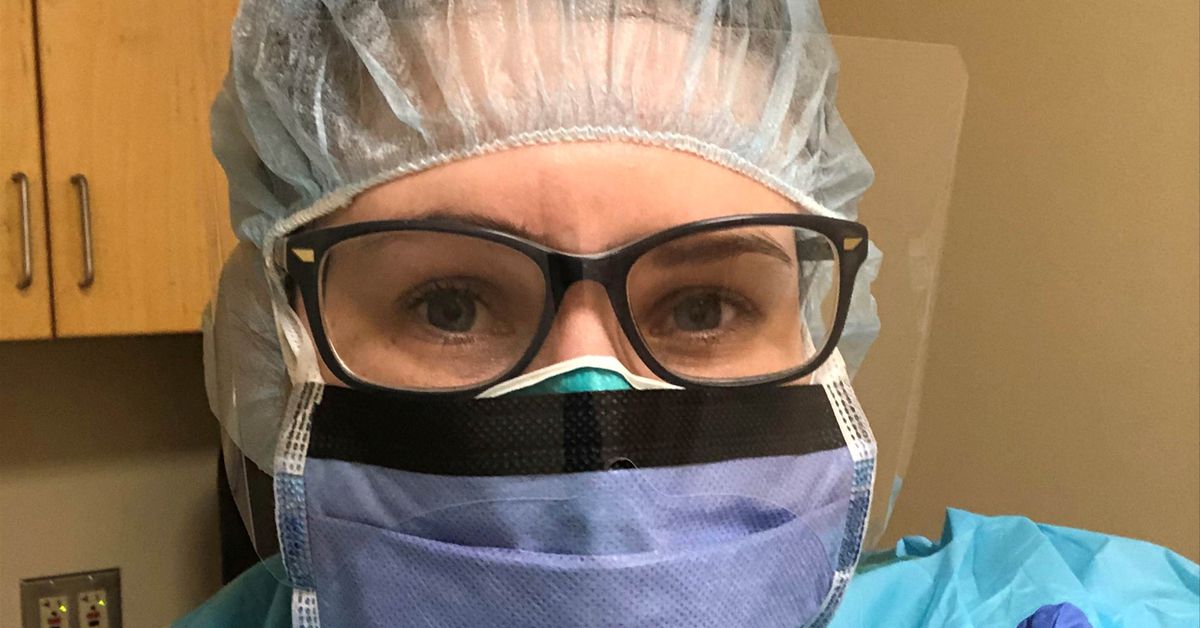 COVID-19 heartbreak of American nurses pours online: “I just don’t want to see anyone else die”

The intensive care nurse watched helplessly last year as people with COVID-19 die in her Mississippi hospital – slowly, painfully and alone. Then, in July, she again faced a wave of fatally ill patients, though almost all of them likely could have saved themselves by getting vaccinated against the coronavirus.

“People want to discuss masks, vaccines and freedom. I just don’t want to see anyone else die,” the 39-year-old mother of two wrote on Facebook a few days ago. “I see their faces in my nightmares. And I feel like it never ends.”

As the United States grapples with an increase in infections, hospitalizations and deaths amid a wave of the Delta variant of the virus, exhausted and desperate healthcare workers take to social media to describe the grim reality they are facing.

For some, the writing is cathartic, a way of dealing with their grief and anxiety. Others see it as a responsibility, using their devastating encounters with death to try to convince skeptical Americans to take the pandemic seriously.

“I just wanted people to know it’s real, it’s scary and it’s difficult for us,” Atherton said in a phone interview. “The first wave was heartbreaking because there was nothing people could do but stay away from the people they love. This time there are options.”

Daily new coronavirus cases in the United States peaked in six months, with the seven-day average reaching nearly 95,000. This rate is five times higher than it was less than a year ago months, according to Reuters data. Read more

Health officials said the outbreak was almost entirely due to the unvaccinated. Vaccines are not widely available in many other countries, but in the United States, only 49% of the population of 330 million is fully vaccinated.

Healthcare providers who have waded through public forums in an attempt to counter misinformation have said they have at times been attacked online by vaccine skeptics.

“There is so much misinformation out there,” said Tiya Curtis-Morris, an intensive care and emergency nurse in southeast Louisiana. “Maybe if I tell people that, and they understand what we’re dealing with every day… but they don’t want to hear it.”

The Louisiana governor reinstated a mask warrant this week as the state set new daily hospitalization records and Curtis-Morris urged his Facebook friends to wear them.

She is more careful when discussing vaccines, saying she understands why some people hesitate. The 46-year-old single mother of four daughters is vaccinated but until recently delayed the vaccination of her youngest children, in consultation with their pediatrician. Her mother has so far refused, fearing side effects.

Nichole Atherton, an intensive care nurse who has seen a new wave of coronavirus disease (COVID-19) patients at the hospital where she works, gives a thumbs up in this undated photo in Ocean Springs, Mississippi, States -United, Nichole Atherton / Document via REUTERS

“It’s so much worse this time,” she wrote. “We all have so much less to give. We are still carrying the new, heavy grief of the last year and trying to find a place to put all this anger. But the patients keep coming. And the anger does not stop. not stop coming.

The thread has gone viral.

Ivey said in an interview that she put her feelings in writing for the sake of her sanity. A rash of patients – increasingly younger, she said – flooded her hospital, virtually all unvaccinated.

She expressed little hope that her words would make a difference. The people most fiercely opposed to vaccines will only be convinced if they see their loved ones sick, she said.

“It breaks my heart: that people have to go through this wound to understand,” said Ivey, who started his career during the pandemic. “I know without a shadow of a doubt that if these people knew what COVID is, they wouldn’t risk it. But ignorance is a powerful thing.”

Desperation prompted Atherton, the Mississippi nurse, to speak out.

On Facebook this week, she described in poignant detail an unvaccinated woman who had difficulty breathing and was afraid of leaving her children without a mother.

At one point, the woman was in desperate need of a sip of water, and Atherton – despite his reluctance – agreed to withdraw her oxygen for a few seconds to offer her a drink. Soon after, the woman was intubated, having last seen her family by video call.

“I wonder if I hadn’t let her drink that sip of water if she would still be alive,” Atherton wrote. “My rational side knows she was too sick. She wouldn’t have made it anyway. My emotional side will never stop wondering.”

Three people have texted him telling him they will get the shot, Atherton said.

But the tension built up from seeing so many deaths has grown too great for Atherton, who told her hospital last week that she was resigning.

She plans to work as a nurse elsewhere, she said. She simply can no longer bear witness to the daily toll of COVID-19 on members of her own community.