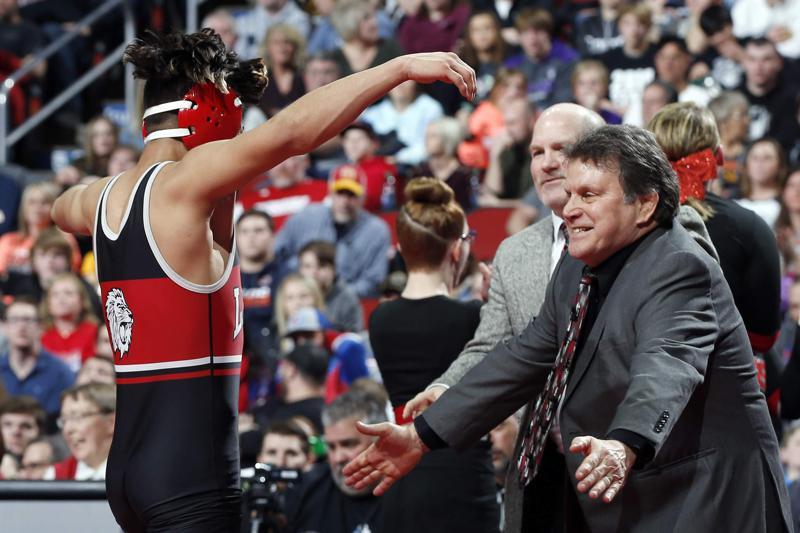 Lisbon picked up where it left off before the holidays.

They did all of this without Hall of Fame coach Brad Smith, who joined the team on Tuesday after contracting and recovering from COVID-19 in quarantine. Illness forced Smith to miss his first practice and competition in 43 years as a coach.

Smith said he was feeling fine, despite persistent fatigue as he returned to 100%.

“I haven’t had very bad cases, but I have had a fever for almost 12 consecutive days,” Smith said. “Finally, I was released on Sunday and returned to train on Monday.

Lisbon assistants Dean Happel, Brian Hall and Jeff Clark took over in Smith’s absence. All three had fought for Smith, while Happel and Hall were both former Lions head coaches. They filled admirably for Iowa’s All-Time Coaching Leader in Double Wins and State Championships.

“I knew we were in good hands,” Smith said. “We talked every day. I wanted them to show and work on certain things. He did all of this very well. We haven’t missed much of my absence as they know what to expect and what we need to do. It makes my job a lot easier.

The Lions have blistered opponents since the turn of the calendar. Lisbon are 4-0 after the break, improving to 10-1 on aggregate. They posted a 47-5 game record in those four matches.

Lisbon collected 245 1/2 points on Saturday, crowning seven champions out of 10 finalists. Eleven of the 13 wrestlers ranked in the top three, combining to go 37-8 all day.

“They fight really well,” Smith said. “We have several youngsters approaching 20 wins… Most of the youngsters in our roster have been very consistent. “Most of them have been pretty strong for us.

Lisbon has a double from the Trois-Rivières Conference on Thursday against Starmont and host Alburnett. The Lions meet on Saturday in Solon’s Ed Hadenfeldt Invitational.

The Iowa High School Athletic Association state wrestling tournament has yet to be finalized. According to a press release on Tuesday, the supervisory board will vote to approve the format and schedule at its January 21 meeting.

The press release also confirmed that the original schedule for February 17-20 at the Wells Fargo Arena in Des Moines remains in place. The changes were prematurely shared on social media on Tuesday, stating that the traditional state tournament had been switched from February 17 to 19 with one-class competition each day. In a previous article in The GazetteIHSAA Director of Officials and Wrestling Administrator Lewie Curtis noted that this was one of the possible changes being considered, as were the state duels moving to Saturday. The final decision would be based on presence limitations, logistics and crowd control.

One of the other changes being considered is a reduction in the number of State Dueling teams, reducing the field to four instead of eight teams per class.

The IHSAA plans to announce its decision to member schools and the public immediately following next Thursday’s meeting.

The larger site will also include a larger scope than the first two editions. The inaugural tournament consisted of 87 participants, despite weather conditions that caused cancellations or prevented some people from participating. Last year the number rose to 350 wrestlers.

According to a Twitter message from Waverly-Shell Rock coach Eric Whitcome, 471 wrestlers were registered with one hour before Wednesday’s deadline.