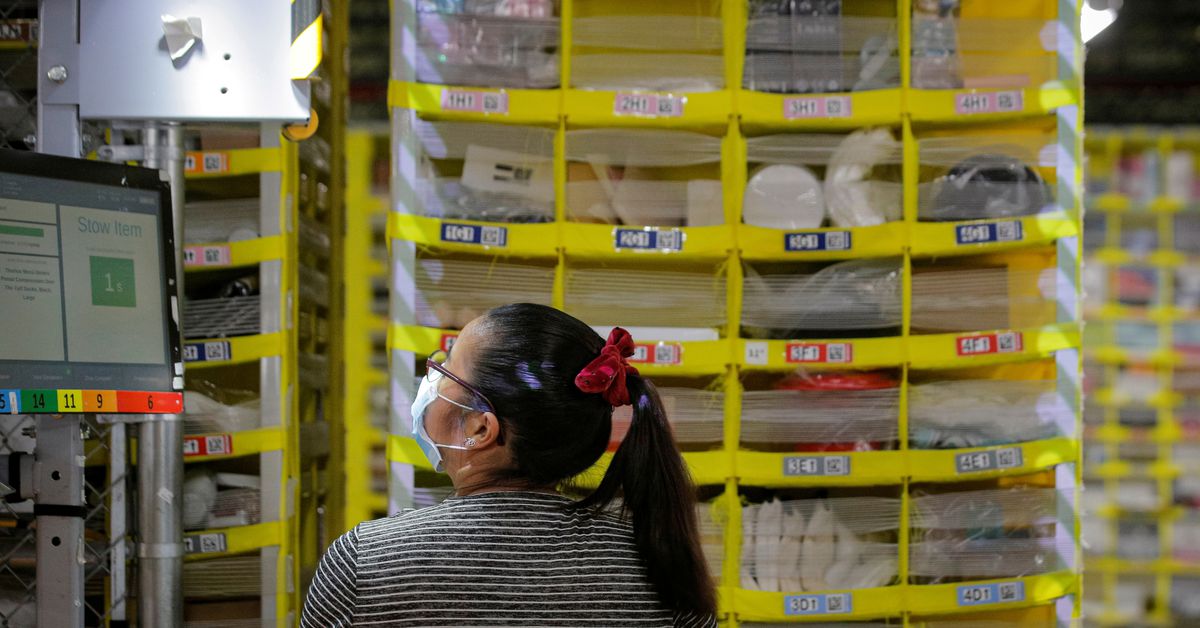 September 23 (Reuters) – The executive ranks of Amazon.com Inc (AMZN.O) remained largely white, although the share of non-white executives rose slightly, while minorities continued to make up the bulk of its blue-collar workforce as the online retailer grew rapidly during the COVID-19 pandemic, new data from the company shows.

The disclosure made Amazon the largest company by market cap to date to respond to a call from New York City Comptroller Scott Stringer for companies to release a confidential federal form, his office said Thursday.

Across the 67 companies in the S&P 100, have published or plan to publish their EEO-1 forms, which display detailed information about workers as a result of the campaign, Stringer’s office said.

A lack of racial or gender diversity in the leadership of many U.S. companies has drawn attention since the Black Lives Matter protests last year.

Demographic trends at Amazon are closely watched relative to other tech companies, in part because of the large blue-collar workforce that employs its warehouses and delivery vans, making it one of the largest US private employers. Read more

Amazon data on American workers showed that at the end of October last year, 71% of senior executives were white, up from 74% at the same time in 2019.

The numbers were in a range similar to those of other big tech companies, several of which have yet to release the 2020 reports. An Amazon spokeswoman said via email that the data shows it is making progress on diversity and noted the hiring targets it has set to improve diversity, including hiring more blacks and women. People of color made up 42% of newly hired executives in 2020, she said.

Amazon’s total employment in the United States is now around 950,000, and the company has outlined more hiring targets. Read more

In documents released by Amazon on its website on Wednesday, the largest category of workers were “manual workers and helpers,” making up about two-thirds of workers last October.

The form showed that those workers who were black, Hispanic, or other non-white categories made up 74% of those workers last year, up from 72% the year before.