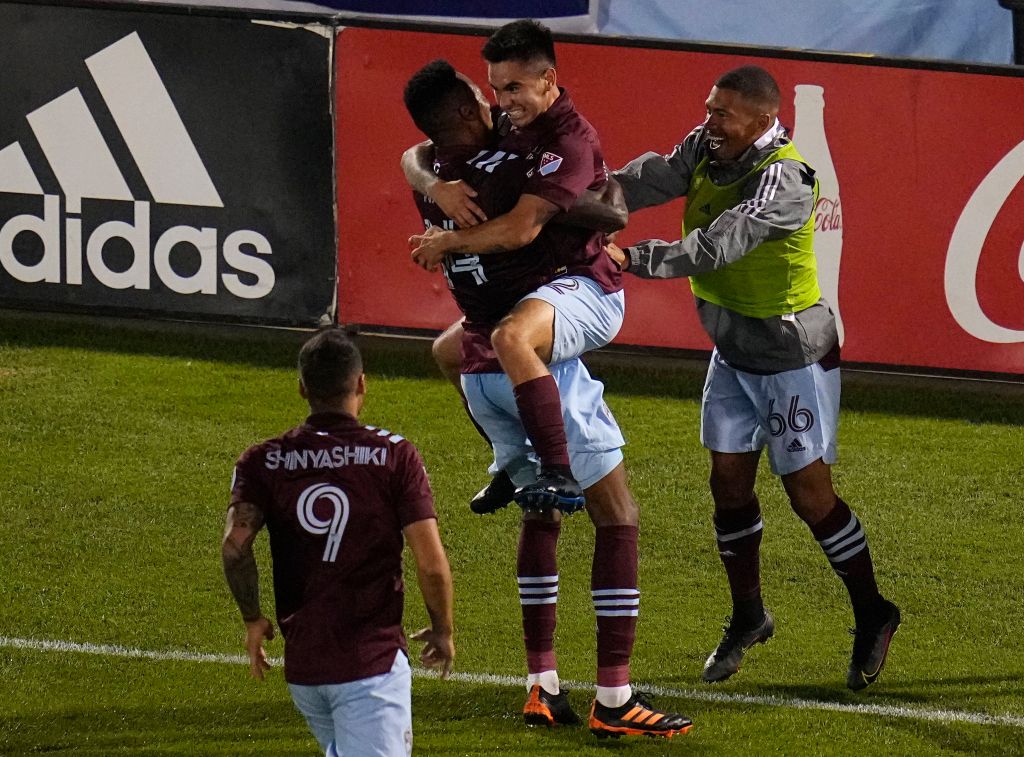 Mark-Anthony Kaye was the man who played the hero on Saturday night at Dick’s Sporting Goods Park.

Added to the roster less than a month ago as part of a trade with Los Angeles FC, the newcomer brought the home game winner back to cap a Rapids comeback with one goal and defeat his Rocky Mountain rival Real Salt Lake 2-1.

“The guys kissed him and he’s one of us,” Rapids head coach Robin Fraser said of Kaye. “What a great way to help your new family by scoring the winner of the game.”

The Rapids got off to a slow start in the first half, which continued into the second half with Salt Lake scoring in the 51st minute.

“I can’t say in public what I was saying on the sidelines (after the goal),” said Fraser. “It’s one of those things where the effort has not been poor, the effort is never poor. This group never gives a bad effort, we just weren’t very good at the start.

Colorado familiarized an equalizer in the 66th minute, Diego Rubio putting a Jack Price corner in the near post. Then came Kaye’s heroism five minutes later.

Braian Galván made the game possible, using sophisticated footwork to find an open space and shoot a ball away that found Kaye’s header dashing into the spot.

The goal not only gave the Rapids a victory over a rival and kept them alive for the Rocky Mountain Cup, it also gave the Burgundy Boys a crucial three points in the MLS Western Conference standings.

“The things (Kaye) did on the offensive end of the field have been really good,” said Fraser. “His ability to find and weight a final pass was great for us. And he really put us in good positions with some of his assists, and it’s so fair that he scores a goal that turns out to be the game winner tonight because he fitted in perfectly.

The Rapids traded to LAFC’s Kaye on July 27, while on international duty with the Canadian national team. Since arriving, he has started in all four games, a span that included consecutive road wins for Colorado, followed by Saturday night’s theatricality.

“Everyone was very welcoming when I walked in,” Kaye said. “Great group of guys, great locker room. I had a good conversation with Robin and (Rapids general manager) Padraig (Smith) about where the club wants to go and I was delighted to be brought in. And so far everything has gone well.

There was a bit of a learning curve for the midfielder, especially getting a feel for his teammates, but the transition went as smoothly as it could get.

“I’m always trying to learn the tactics and how the team is organized,” Kaye said. “But the guys have been a great help and the coaching staff have been good and we are getting good results.”

The 26-year-old was named man of the game on Saturday night and appears to be comfortable at the right time. It’s a big development for the Rapids, who are looking to oust Seattle Sounders FC in first place and Sporting Kansas City in second in the West.

“I am so proud of the team,” said Fraser. “One night when we didn’t play particularly well to find a way to win, it was really a great accomplishment.”