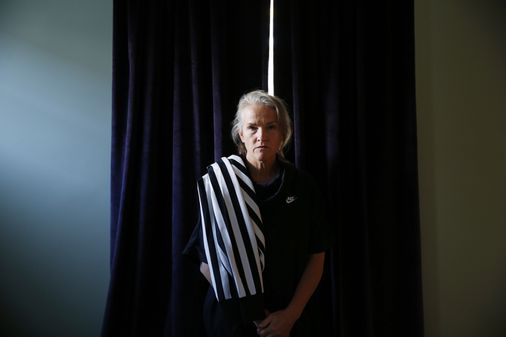 Read: There is a shortage of school games officials in Massachusetts, and abusive fans are at fault

I felt a wave of emotion when I received the notification. I had been assigned to referee a football game between two rivals from Greater Boston. I was excited, proud, humble and anxious. Being picked meant someone believed I had what it takes to be on the pitch for this game.

I stood a little taller that day and spent hours studying the rules and checking with my colleagues on any issues that had arisen earlier in the season. Even though I had officiated for almost 10 years, I wanted to be prepared. I wanted everyone to know that I was worthy of the call. I wanted to win the day.

We all do this, to one degree or another. Not everyone is ready for a top mission, but almost everyone who signs up to referee a match has an intrinsic appreciation for what’s at stake. Most of us are athletes who don’t. haven’t played the game for many years, but the fire that was kindled so long ago is still burning.

It wasn’t going to be just any game. Due to the rivalry and the strength of the teams, it was going to be a statement game. I felt the coaches’ seriousness in their tone and body language as they warmed up their teams, and saw the players absorb their intensity.

From the first whistle, the nervous energy of the players led to awkward and reckless mistakes. My partner and I immediately called out these faults to set the tone. However, the big faults resulted in harder faults, and I barely knew 10 minutes into the game that we were going to issue cards.

In the end, the game was too typical. Coaches have become more and more vocal. They seemed to see with great clarity the faults committed by their opponents, but they were unable to see why faults were attributed to their teams. Fans followed suit and seemed to make it their mission to let us know we were failing.

Worse yet, the players, just as they had absorbed the intensity of their coaches in the warm-ups, began to echo the dissent they heard screaming from all sides of their squad. We were losing them, with both sides now thinking that not only were we unqualified to be a part of their game, but that we didn’t care about them or their safety.

It was a false assumption – and a very dangerous one. This would make managing the game almost impossible. Bad games and mistakes were our fault, not the players’ fault, and rather than take responsibility and find a way to win, they blamed us, missing the most important lessons in the game.

The cards were shown as flaming spirits, and I couldn’t wait to be done with this game.

In games like these, I walk out of the pitch heartbroken. I want to tell these girls that I am one of them, that every time I step on the field my 16 year old daughter goes out with me. I want their coaches to know that too, as well as their parents and their fans.

I see the resentment on their faces when they arrive for the post-game handshake and I can feel their anger as they push me around with a little more force than is appropriate. I give up because they are kids and I know why they act that way.

I saw it start to happen the moment I stepped onto their pitch. I saw it in the way their role models refused to honor their responsibility and hold them accountable for their own mistakes and blame me. It was enough to break my heart – and lead to my decision to quit officiating high school soccer.

It’s Not Just New England: The Nationwide Athlete Shortage, and What You Can Do About It

VIDEO: Track volunteer is completely transported by truck when she drops the finish…